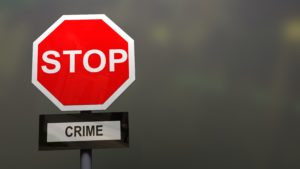 A September 2018 article from YourLocalSecurity.com points to Irvington, New Jersey as being among the 25 U.S. cities where it’s actually becoming safer to live. Tony Vauss, who is mayor of Irvington, NJ, is immensely proud of this accomplishment, the township itself and its citizens who make this Essex County community a better place to live. What’s more, this recent accomplishment for 2018 is part of a larger trend in Irvington that has seen year-over-year decreases in certain types of crime.

According to the article, the 25 nationwide municipalities that made the list did so for reporting “the greatest decrease in criminal activity for the six types of crime we measured.” According to Tony Vauss, the mayor of Irvington, NJ, his township ranked no. 20. The article, citing FBI statistics from 2006 through 2016, looked at the total numbers of murder, robbery, arson and motor vehicle theft among other indicators. A total of 3,483 U.S. cities were part of the evaluation by YourLocalSecurity.com, which did not include any city if it was missing any crime data from the decade-long stretch that was studied.

“As our children return to school and we make the transition from summer to fall, it is critical for our residents to continue assisting the Irvington Police Department in keeping Irvington and all of our neighborhoods safe,” Tony Vauss, the mayor of Irvington, NJ, said in a press release. “Public safety lies in the hands of each and every resident, in addition to our amazing police officers and firefighters.”

As of summer 2018, Irvington officials reported that the township had experienced no homicides and fewer incidents of other major crimes compared to summer 2017. It should also be noted that no homicides were reported during the summers of 2016 and 2017. Seasonal spikes in homicide, especially during the summer months in New Jersey, are a tragic and all-too-often occurrence. Irvington officials added that incidents of rape are down by 75 percent while robbery and auto theft were also down 47 percent and 10 percent, respectively.

“Through the hard work of the men and woman in the police department, the implementation of our summer crime initiative, along with the assistance of our residents, we were able to make it through another summer without any shooting homicides,” Irvington’s public safety director, Tracy Bowers, said in the release. “This is an outstanding accomplishment which translates to fewer victims of crimes and a safer community.”